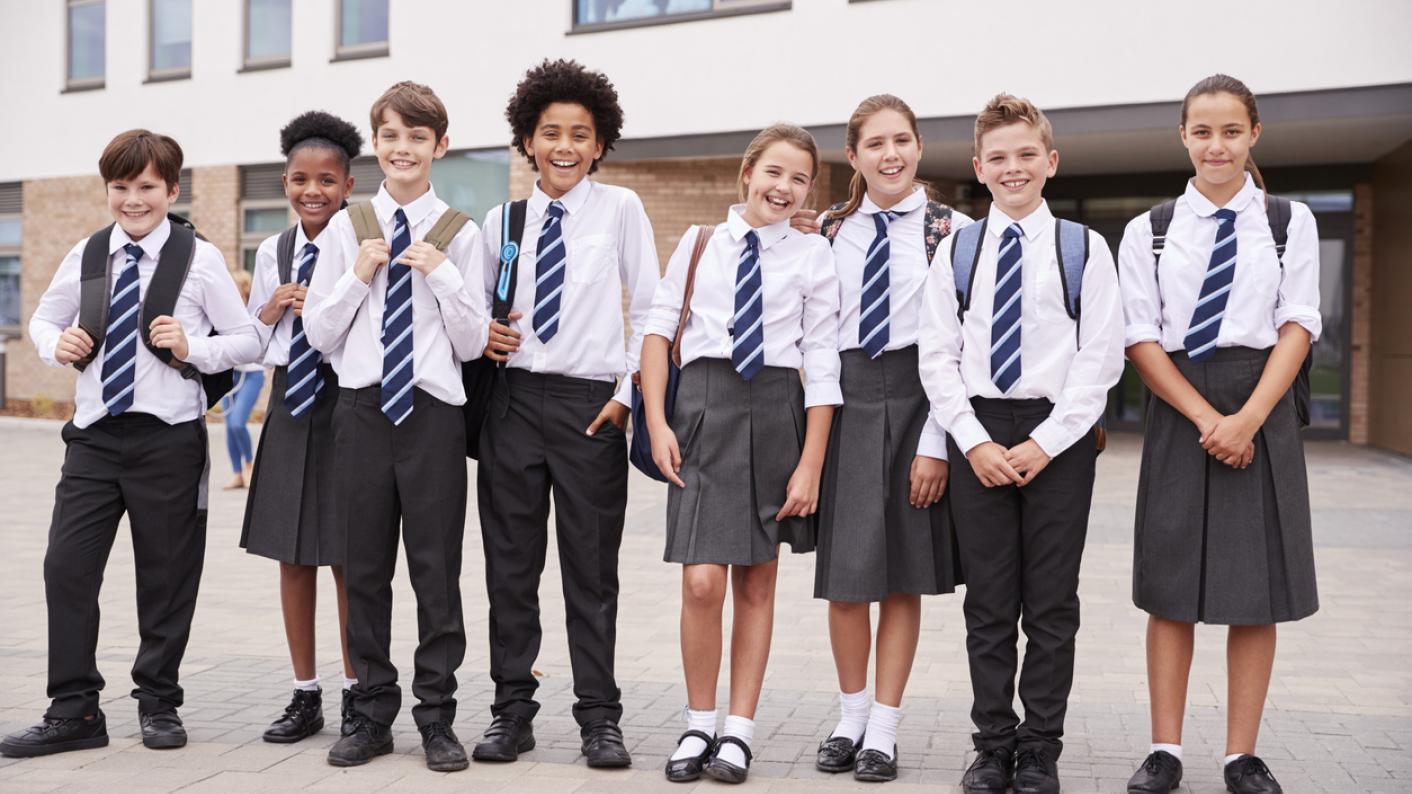 Written by Colin Newton on December 10, 2021. Posted in Blog

The use of uniforms in schools and universities is a long-standing tradition and a matter of public dispute at the same time. It has several functions as an identification, disciplinary, and cultural item that has a long history in its design and perception in various societies. In fact, the tradition of wearing uniforms is a historical fashion phenomenon, as it reflects the contemporary values of multiple society and impacts the identification of people who wear it.

The history of the modern uniform

The tendencies of using a uniform as an attribute of an institution date back to 1222, England. There, school students were required to wear attire that resembled robes and were called cappa clausa, or “closed cape.” In medieval terms, it was a long gown designed initially for lecturers in law, theology, and liberal arts. Before becoming a student’s attribute, the cape designated the rank and specialization of the professor as an intellectual elite and became simplified for students attending lectures.

However, the prototype of the modern school uniform emerged in the 16th century. In that period, school uniforms were standardized and diversified. Unlike the robe, a single supplement to an improvised outfit to the student, the new uniform was integrated into clothing. Thus, in the boarding school of Christ’s Hospital, it was mandatory for students to wear yellow stockings combined with a blue cloak. It earned the students their nicknames as “blue cloaks.”

The further development of uniforms took the turn of an elitist attribute of the institution. Many private and preparatory schools caught up with the idea of uniforms to emphasize their association with upper-class society. Students in such schools were required to construct the entire outfit from mandatory items, including even hats, such as in Eton College up until 1972.

Later, as opposed to being a symbol of elitism of certain private schools, uniforms became the attribute of equality among students, because public schools began to use them and started employing the fashion of similarity to create an atmosphere of equality among students regardless of the income in their families. Public schools created the tradition to both emphasize the egalitarian nature of education and give their students a sense of unity and coherence.

Along with the re-conceptualization of the symbolic value of school uniforms, the fashion changes arrived to uniforms, and it is the kind of style most institutions use today. Instead of a strict set of blazer and shirt as a compulsory outfit, students wear sweaters, T-shirts, and polo shorts branded with the symbols of the school. The renovation of the school uniform to its modern look aims to be practical and convenient for students.

The difference in the modern uniform is also in the social and gender expectations imposed on students from a very young age. Today, a uniform for girls is equally relevant with pants and skirts, unlike the early versions of outfits for girls incompatible with items considered masculine. In any case, the function of modern uniforms remains focused on commodity and institutional identification, and its alterations follow the demands of contemporary fashion slightly.

The flip side of the egalitarian and disciplinary function of uniforms in educational institutions is their influence on personality. Students who gain an education within the strict limits of the uniform required by the institution tend to have less aspirations in terms of creative expression and may even find it difficult to determine their individual identity apart from the group. The matter is that clothing is a strong tool for self-expression, and if a person learns to adapt to the environment sartorially, they will unconsciously adapt to the ideology and opinion of the group without a critical evaluation of imposed ideas. The best case scenario is a simple lack of creativity and criticism in judgment.

The discussion of the place of uniforms in the contemporary educational process is controversial and opinions on it vary depending on both the reason and aesthetic tastes of the individual. Nonetheless, it does not have a direct impact on one’s academic achievements. After all, to catch up on a complicated discipline, you can use the help of quality research paper writing service.