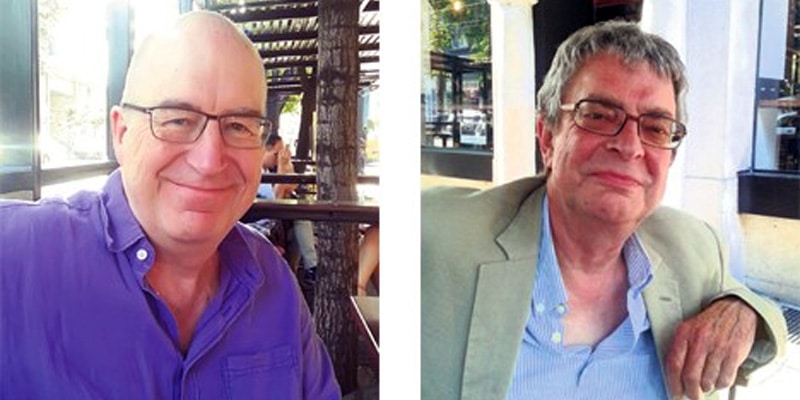 Written by Rob Tyrrell on September 10, 2015. Posted in Blog

About friends and different friends…

How to include a child with disabilities into the school environment?

Educational fathers, who attempt to integrate children with physical or mental disabilities into the school system and provide them with education in regular, not special schools, have been seeking the answer to this question for a long time. Although it is believed that personal assistants are the greatest allies of teachers in the education of these children – through helping teachers to implement the individual education plan, a British psychologist Colin Newton and Derek Wilson, founders of the organisation “Inclusive solutions”, claim that inclusion cannot be realised without the training of children – classmates of children with disabilities. They argue that classmates are the main collaborators in the inclusion process of “different” children.

Their program entitled “Circles of Friends” these psychologists implemented in many countries of Europe and the world – including Serbia in which the Center for Interactive Pedagogy from Belgrade started a project titled “Support to social inclusion of children with disabilities,” in the 2013/2014 school year. This project, which is implemented in four elementary schools in Belgrade and Vranje, involves 3,914 students of the first and second grade, including 97 children who have a disability. In addition to that, the project includes 289 children from 8 kindergartens in Vranje and 18 kindergartens in Rakovica, five of them children with disabilities; all the pedagogical and psychological activities with children take place with approval of their parents. Since September the project activities will spread to the five kindergartens from each preschool.

“This is an innovative method of work, because we want to support the inclusion of children with disabilities. We have started the project around six children with developmental disabilities and made peer circles which now include 450 children. These kids have different tasks – some have learned how to calm their autistic school classmates when they enter into a state of anxiety, others have the task to take buddy with a disability to the toilet, a third to help the children with intellectual disabilities with their homework, fourth accompany his friend on the way home. We believe that inclusion can not be implemented without the support of other children, because these children are going to live in a world that is tailored to fit the average”, explains Colin Newton.

His colleague Derek Wilson says that there is a great fear among the parents that children will not be able to cope with the demands of school education, and that is why they enroll their children in special schools because they believe there will be more progress.

“Inclusive schools provide better education for all, not just for children with disabilities, because children learn tolerance and respect for diversity. This of course does not mean that teachers do not need a personal assistant, who will implement the individual curriculum. But they have to work with children on raising empathy or acceptance of “different” children”, says our source.

On the question – whether it is possible for the inclusive education to include all children with disabilities in the educational system – our interlocutor replies affirmative.

“Children totally naturally accept children with disabilities – the parents are the ones who are infected by prejudices and fears. Children are naturally not discriminating – they become influenced by adults. If children are listening to parents at home speaking derogatorily of the child with physical or mental disabilities, they will start to discriminate children with disabilities. Imagine a scene where a curious child approaches a little dog and suddenly is interrupted by its parent’s frightened scream, this is perhaps the best illustration of the development of children’s fears of animals. This is how the development of discriminatory behaviour can be explained,” concludes Derek Wilson.

Colin Newton points out that the dominance of the medical model in the treatment of children with disabilities is wrong.

“Instead of pedagogical treatment, children are given a diagnosis and they are treated, instead of attending school. Sometimes parents are the ones who insist that children go to special schools because they think it’s easier, and that there no one will look at them askance. But at one point they will have to come out of school and adapt to society. It is therefore necessary from the beginning of education that children sit together in school, in order to get used that there are children different from them, “concludes Colin Newton.

Trackback from your site.