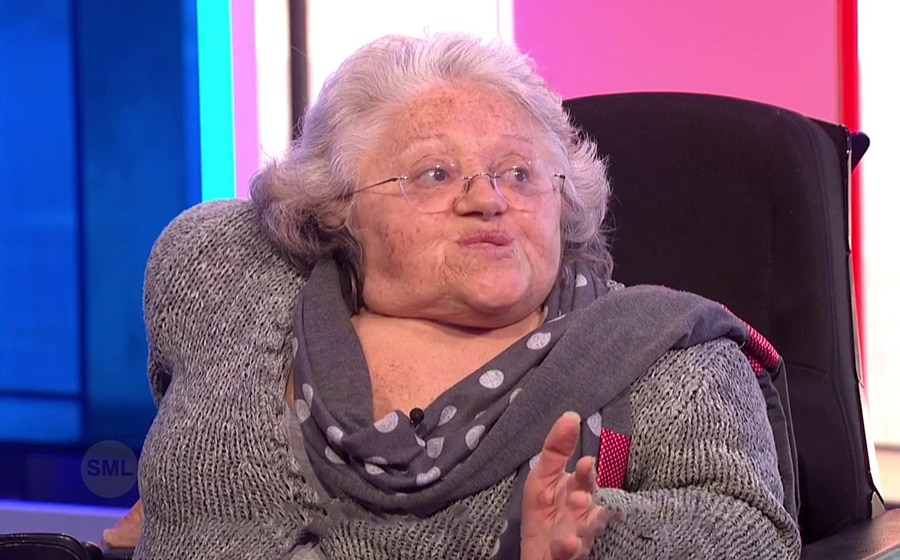 30 something years ago I had a baby daughter. She was perfectly human and had a basket of gifts and challenges to keep her busy as she grew up. Some of those challenges were also gifts – maybe all of them in fact.

Like me she was saddled with an impairment which brought pain, restrictions and limitations, but she had no other experience of life with which to compare her reality. Every action had to take into account her impairment, so she learned how to do everything as a person with brittle bones. She became an expert in achieving her goals using the hand of cards with which she was dealt.

Like me, she learned that she was not alone in the world. Most of our achievements as human beings are only made with the assistance of others, from eating to space exploration. We harvest the experience of past generations and organise current resources, including people, to make the things we imagine become real, now or in the future. The more connections we have with the widest diversity of people, the more we are able to fulfil our dreams. The more connections other people have with us, the more we are able to contribute to their dreams. We need both. Luckily, we lived at a time when it was just possible for my daughter to remain in the mainstream of life, including school, albeit with a struggle. Now she enjoys one of the richest lives I know with friends and interests all around the world. She lives for the moment with a friend met in the 6th form of her secondary school. This is the result of inclusion.

How perverse is it then that the world tries to limit these connections to shrunken small communities of ‘people like us’ – people who have similar difficulties who can be serviced most easily if herded together in false refuges of need. The result can only be limiting, isolating, restrictive even if some certain needs can be met more efficiently. It may be possible to learn how to tie your shoe laces, or add up, but how could you possible learn how the world works and your place in it if you are never to experience it? And how can our natural communities learn what it means to be an ally in our struggles if they don’t know those struggles exist? How can they benefit from our gifts if we are not there?

This world is struggling to retain our human values in the face of a remorseless attack from a system which can only survive if our humanity doesn’t. It is the same system which wrote our history of war, colonisation and imperialism, appropriating the free stuff of land, sea and sky and claiming ownership. It is the same system which divided people into classes and castes; haves and have nots; powerful and powerless. It was the same system into which I was born, where my worth was already measured in perceptions of my future ability to be ‘productive’, deeming me ‘unable’, superfluous to need and denying me an equal education or contact with other children. It is the same system in which wealth, power and privilege is inexorably being transferred to an ever-decreasing number of super-rich people whilst the very future of our planet is being threatened by such greed. Never have the lessons of inclusion been needed more than now.

Growing up separately, whoever we are, makes us ignorant. It seems that it is part of our nature to believe that whatever we grow up with is ‘normal’ and it seems to follow that the only people who are real to us are the ones who are similar to the ones we made connections with as children. Other people can be almost invisible. This can be seen most clearly in the British Class System where children of the owning class are isolated from the world from a very early age, raised and educated in gilded cages, and then let out into the world with notions ranging from benevolent patronage to hard-nosed dictatorship. True to their ‘Born to Rule’ script they gravitate towards the top of everything, including Government. There the real danger becomes apparent as they fail to see a huge swathe of the population they govern as human at all, and disabled people are of course the least human of all. Current government policies are attempting to claw back money by cutting benefits and services to us regardless of the suffering it causes, because they don’t really see it. It does not seem accidental to me that David Cameron, when a potential Prime Minister, promised to ‘Reverse the bias towards (educational) inclusion’ in his manifesto. It is much easier to ignore our pain if we are literally out of sight.

Yet I am very hopeful. People are truly ‘incurably human’. Disabled people are more visible than ever before. Social Media has given a voice to so many for whom writing is not their strongest point. Frank Stephens, a young man with Down Syndrome addressed Congress in the USA and asked them to stop forcing him to justify his life. The You Tube film is watched by millions. On mainstream media Chris Packham makes a wonderful documentary about his experience of living with autism and asks us to embrace his differences instead of trying to ‘fix’ them. Millions also watch and learn, and maybe like me fall a bit in love with him. Marsha de Cordova, a black woman with a visual impairment overturns a Conservative majority in Battersea, SW London and becomes not only a Labour MP, but also the Shadow Minister for disabled People. She tells us that it was because her parents fought for her to be educated in mainstream schools that this has been possible for her. Even at home, my family (not known for our collaboration or empathy) managed to work together to enable my 93 yr old mother to die slowly at her own pace in bed, in the living room of her beloved grand daughter, being cared for as she had wished all her life. It was a team effort. It was inclusion in action.

But it isn’t just people who are living with impairments who are incurably human. We all are. Jeremy Corbyn in his address to the UN earlier this month said, “The desire to help create a better life for all burns within us”. If you focus your gaze in the right places you can see signs of this everywhere. Every act of kindness, every expression of love, understanding, empathy and appreciation is a triumph of human nature in the face of a war of attrition. It seems to me that when our humanity is in danger, we do fight back. We become more ourselves, not less. This is still a daily struggle of course, especially trying to remember that our ‘enemies’ are also human, but inclusion is still the ‘north Star’ to which most of us aspire in our hearts. Now is absolutely not the time to give up.

Trackback from your site.